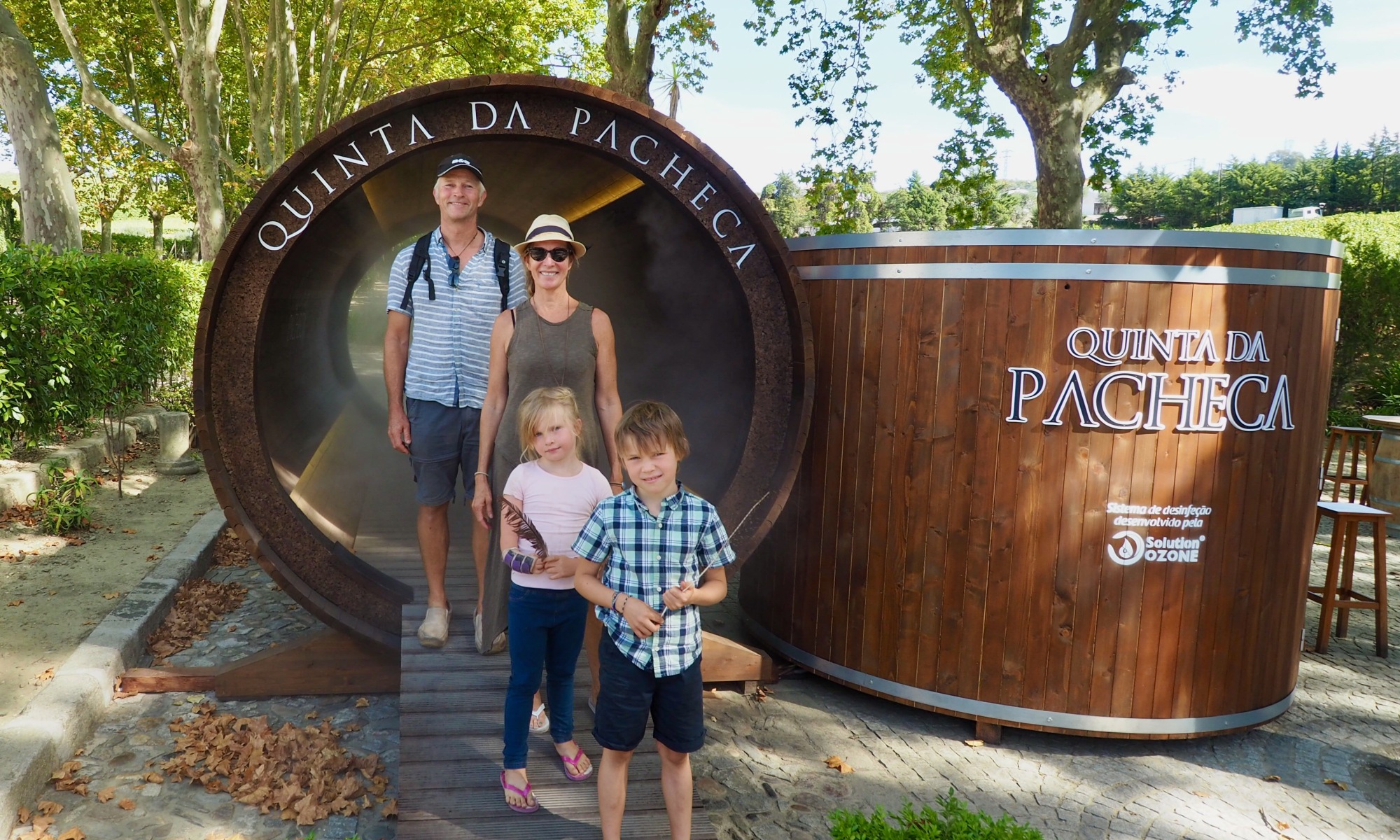 Everyone has always said of Portugal, “I love Portugal,” and I was sure I would too, just as I love all the places I travel. But I’ve just spent the last two months traveling across the country and along her shores and now I say “love” just like everyone else does, with emphasis: “I absolutely loooove Portugal!”

Covid has a little to blame – and thank – for our extended time in the country. It was our original plan to sail down Europe’s western Atlantic coastline after visiting England by yacht. The thought of sailing Atea up the Hamble River had a nostalgic draw as it was John’s childhood stomping ground, but our two month lockdown in South Africa forced us to cross off that walk down memory lane. Our enjoyment of the Azores also ticked weeks off our calendar and so we also drew a line through France. Spain was seeing a spike in reported Covid cases and was starting to implement restrictions but Portugal had a long bout of low numbers and their doors were starting to open. Spain was crossed off our travel plan along with the UK and France, so we shifted the line on our chart to Portugal. An exciting destination, given everybody love’s Portugal.

We started in Porto, home of port and a fitting first port of call. We pulled into the marina in Lexios after a week at sea and enjoyed the facilities — cold beer, hot showers, electricity and a marine shop. The the marina was situated along a long beautiful beach with a large walking promenade and we spent our initial days in the cold surf and sipping sangria. After a short respite of rest and relaxation, my travel radar started blaring and it was time to get our hiking shoes on. We started locally, taking the bus into Porto’s historic centre and wandering tight winding alleys that lead to quaint street-side cafes. We visited old port houses and sampled ruby, tawny, pink, and white port and wandered through castles and cathedrals steeped in the history of the region. If there ever was a beautiful old town, Porto is it. It has charm and beauty, age and history, old immersed in the new, all in working order. The river that runs through the city is linked by four bridges, allowing easy access from town to suburb. The food is superb, the wine even better, and the people warm and friendly. Given the recent change in covid restrictions, locals were enjoying more freedom and tourists were resuming inbound flights. Masks were required on entrance into a building, but as soon as you found your seat you were free to take it off and there was no restriction to groups gathering outside; as such, the parks were full of silent lovers and friendly banter and we were free to roam the streets at all hours of night.

While Porto was a highlight, we were in-country to explore and we wanted to experience inland as well as the coast. We rented a car to get further afield; as I signed the rental agreement I asked the woman what her favourite part of the country was and she favoured north — so we scrapped our plans and followed her suggestion to the regional park that borders Portugal and Spain, pulling off on small detours as we went. It was the right call. The north of Portugal is far less developed than the south and the collection of small towns are quaint, quiet and picturesque; curious faces followed us as we passed and my own face was as equally enchanted by the sight of the black-clad women, dressed head-to-foot in the traditional woollen clothing of the region. We pulled off to explore the remains of forts that were scattered around the countryside, open to wander freely and empty of a single other soul. It was amazing to be free to explore important historical sites left to blend into the natural surroundings. We pulled off at natural springs and jumped off rocks into the icy water with locals who where taking time off from the heat.

We also explored the popular Douro Valley, home of the countries oldest and most renown port houses. The stretch of land along the river was a beautiful and lush, with scattered vineyards and quaint villages along its edges. The Douro Valley is well known and a popular destination, and under normal conditions advance bookings at the vineyards were required. Given the impact of Covid, however, we were fortunate to be able to explore in relaxed isolation areas that tend towards hordes of tourists. Without an agenda, we pulled into vineyards along the way and sample the regions liquid richness. Our bilges are now stored with a variety of very fine port, corked reminders of our time in this beautiful part of the world.

The end of our stay in Porto marked the beginning of our social life in Portugal. Days before departure I learned that Sue, my previous boss at Noonsite, lived two hours away from us in Spain, and she offered to come meet us with her family; we met in person for the first time and the connection between all of us was immediate, turning a working relationship into a special friendship. We also bumped into an interesting American couple who were achieving a six-year low budget extended travel lifestyle, and we invited them to join us on a cruise down the coast. Rhonda and Ryan stayed for a week, entreated us to their amazing bartending skills and engaged us with stories of their vagabond experiences. We sailed together 150 miles from Porto to Cascais on the central west coast, introducing them to the magic of phosphorescence-encased dolphin at night that resembled glowing torpedoes that showered millions of miniature shooting stars when they broke the surface of the water.

As we saw them off we welcomed Margot and her partner Rory. It had been fifteen years since our days working together as dive masters in Mozambique and as many years since we’d last seen each other; reconnecting with Margot was a last-minute opportunity to reunite and the fifteen years could have been fifteen weeks — time hadn’t altered the person or the bond. We also had the opportunity to visit them at their farm in Alentejo, where Braca got to shoot a gun, Ayla caught wild doves, I got lessons in home-made yoghurt, and we caught, killed, and butchered our meals straight off the farm.

At the same time, we also met Fiona and Iain on SV Ruffian and bonded over an unexpected mini-cyclone that hit Lisbon with 50-knot winds. They became our travelling partners for the rest of our time in Portugal as we sailed, explored, ate, and drank our way in union down the Portuguese coast. Iain and I started a regular run club, a relief for my unexercised body and Fiona and I tried to commit ourselves to beach yoga with semi-success. They were far more organised and did their research in advance (as apposed to our lazy efforts), and thanks them we were entreated to a full schedule of events and maximised our time in every town we pulled into.

Eventually, we made it to Portimao on the southern Algarve coast where John and the kids flew out on a quick trip to the UK to visit family. I stayed behind to care for the boat and our two cats, thinking I would settle into a quiet week on my own. As Portugal was proving to be for us, however, it was a week of continuous social activity and varied daytime excursions as I explored nearby towns, cultural sites, and the famous Benjali caves. The Portimao Marina was full of friendly, sociable yachties and thanks in particular to a resident couple in the marina, Leah and Ricardo, it was quick to feel like home. I had to schedule in my down time just to grab a quiet moment onboard my empty boat. But it was as I chose it, and days turned into weeks as we filled our time in the busy hubhub on Portugals south coast.

As it always is, time to move comes much sooner than desired. The beautiful summer season was starting to turn to autumn, and the weather would soon become unpredictable. As the Covid situation in the Caribbean was still unclear, may cruisers who intended on sailing west turned east towards the Mediterranean. I’d always expected that I would be drawn in myself, however our summer on the outskirts was enough for me to turn my back on this popular destination. As odd as it sounds, for I absolutely loved our time in Portugal, the experience was enough to curb my interest in cruising the Med. I’ve always been interested in travelling to places I’ve not been to before and to have as many different experiences as I can gather on my trips abroad. I’d always said I would enjoy a season in the Mediterranean as it would be a very different kind of cruising than we were used to, but after our time in Portugal I’m ready to move on. I know this will be refuted by others who have travelled through and highly rate it, but for me Europe isn’t the place for a cruising boat. I want to be in Europe, not alongside it. I can get the same experiences by car, train, bus, bike, camper van, tennis shoe as I can by boat, so I’ll save cruising for places I can’t get to otherwise. I will use Atea as a mode of transport to take me to places I cannot otherwise access: isolated islands, remote fishing communities, inaccessible reefs, and the big blue yonder. Europe will call me back one day with a rucksack on my back and a Eurorail pass in my pocket. For now I sail away from the marinas and the malls and the motorways and head for shores where I can set both my anchor and my feet in the sand and be a cruiser in the true sense of the word.